Romania virgin forest represents 65% of total virgin forests of Europe, except Russia. But now they are in danger of disappear, transformed into cash, particularly in illegal timber industry.

While cash is important for economy, doesn’t substitute the oxygen. And oxygen is life. When forests are gone, not only hundreds of species of plants and wildlife will disappear but also our future will be gone. The life will be gone.

In 1974: 12% of Romania forests were virgin.
In 2011 the percentage is 3%. From these, only 18% are protected by law.
3 ha are deforested cut each hour and 8.8 million cubic meters of timber per year. The illegal timber cut in Romania represents 50% of the whole timber harvested.

Schweighofer is Romania’s biggest producer of softwood, processing around 40% of the country’s annual production. Romania’s vast and largely intact forests, which are home to bison, lynx and bears, have lost 280,000 hectares of forest during the last decade, according to satellite analyses, most of it because of illegal logging. Source Spiegel

WHAT YOU CAN DO

1. Boycott companies who do illegal timber trade in Romania!

Schweighofer is Romania’s biggest producer of softwood, processing around 40% of the country’s annual production.
IKEA was recently exposed by TV France 2 for being involved in illegal timber trade. According to FRANCE 2: “Romanian virgin forests become furniture in the homes of rich Europeans” read more
Recently 33600 hectares (83000 acres) of forest from north Romania who belong to Harvard University was sold to IKEA, soon after Swedish company was after banned to cut timber from Russia.

The illegal timber supplies processors and retailers around the world, including some of Europe’s largest DIY stores like Hornbach in Germany, Baumax (Austria / Germany), Bricostore (owned by UK-based Kingfisher, who also own B&Q), Italian energy giant Enel, Swedish company IKEA, SPAR Austrian supermarket ….all these countries have their own beautiful forests which these companies don’t dare to attack.

Alexander von Bismark, executive director of EIA US, said, “It’s devastating for Europe’s last virgin forest and the communities that depend on them, but also for legitimate foresters throughout Europe.”

2. Buy a Certificate to help us save forests in Romania before it will be too late! 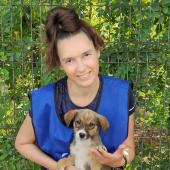 This website uses cookies
By continuing to browse or by clicking "Accept Cookies" you agree to the storing of cookies on your browser (1st or 3rd parties) for statistical and marketing purposes. We use these cookies to analyze and improve your user experience and assist in our marketing efforts.
Cookie Info I accept

When you visit any web site, it may store or retrieve information on your browser, mostly in the form of cookies. This information might be about you, your preferences or your device and is mostly used to make the site work as you expect it to. The information does not usually directly identify you, but it can give you a more personalised web experience.

Because we respect your right to privacy, you can choose not to allow some types of cookies. Click on the different category headings to find out more and change our default settings. However, blocking some types of cookies may impact your experience of the site and the services we are able to offer.

These cookies are necessary for the website to function and cannot be switched off in our systems. They are usually only set in response to actions made by you which amount to a request for services, such as setting your privacy preferences, logging in or filling in forms.

You can set your browser to block or alert you about these cookies, but some parts of the site will not then work. These cookies do not store any personally identifiable information.

These are the types of cookies that are necessary in order to be authenticated to our website. You cannot authenticate without agreeing to store these cookies. You can set these later on.

These cookies allow us to count visits and traffic sources so we can measure and improve the performance of our site. They help us to know which pages are the most and least popular and see how visitors move around the site.

All information these cookies collect is aggregated and therefore anonymous. If you do not allow these cookies we will not know when you have visited our site, and will not be able to monitor its performance.

These cookies may be set through our site by our advertising partners. They may be used by those companies to build a profile of your interests and show you relevant adverts on other sites.

They do not store directly personal information, but are based on uniquely identifying your browser and internet device. If you do not allow these cookies, you will experience less targeted advertising.

An HTTP cookie (also called web cookie, Internet cookie, browser cookie, or simply cookie) is a small piece of data sent from a website and stored on the user's computer by the user's web browser while the user is browsing. Cookies were designed to be a reliable mechanism for websites to remember stateful information (such as items added in the shopping cart in an online store) or to record the user's browsing activity (including clicking particular buttons, logging in, or recording which pages were visited in the past). They can also be used to remember arbitrary pieces of information that the user previously entered into form fields such as names, addresses, passwords, and credit card numbers.